PEARL DIVING FOR MORE THAN 2000 YEARS, BAHRAIN’S PEARLS HAVE BEEN PRIZED AS SOME OF THE BEST NATURAL PEARLS IN THE WORLD. IN THE PAST, PEARL DIVERS SPENT MONTHS AWAY FROM HOME AT SEA. THEY WERE LOWERED ON WEIGHTED ROPES AND REMAINED UNDERWATER FOR OVER A MINUTE WITH NOTHING BUT A NOSE PEG TO CONTROL THEIR BREATHING. 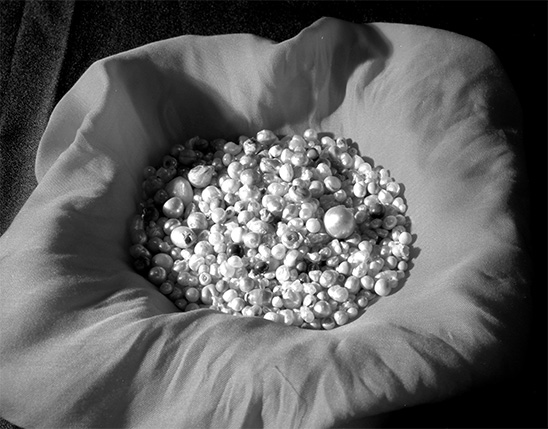 Now, we offer you the opportunity to hunt for pearls right here in the seawaters of the Arabian Gulf, specifically at the amazing Kingdom of Bahrain.

How to become a modern pearl diver:

Pearl Diving History
Bahrain has a history that goes way back in time, being first in discovering many crafts and arts thousands of years ago. Bahrain has been famous for its tales and prospering economy in pearl diving in the Gulf region and the world.

Back in the days pearl diving season, lasted from June to September, and was officially opened and closed by the rulers of Bahrain at the time, where oysters containing the purest and the whitest of pearls were found in deep waters. Diving ships, known as ‘Banoosh’ or ‘Boom’ consisted of a crew on board including 60 divers, pullers, a couple of ship boys, a cook, a captain and captain’s mate. Each individual had a task to be monitored and taken care of.

Since that time, pearl diving has been taken as a profession for some families and a main source of income, powering the whole economy while leaving an unforgettable legacy not only in Bahrain, but the whole world.

Today, Bahrain continues to keep this heritage alive and long lasting, making it a key attraction for both locals and foreigners to enjoy. Pearl diving excursions, snorkeling for oysters and fishing activities are organized by fully equipped enterprises that specialize in diving, covering the main areas of the sea, while giving their customers one of the best experiences of their lives.

Collecting oysters in search of finding a precious pearl, is an excitement that divers feel and cherish, especially after a hard day’s work. Collecting and cracking oysters open requires strength, patience, good eye sight and of course time in order to find that beautiful round plump pearl. The feeling of catching and finding a pearl is indescribable, making you feel proud to have achieved a task that was and still is a heritage brought up by our ancestors and is a pride to our Kingdom, Bahrain.

We are using cookies to give you the best experience. You can find out more about which cookies we are using or switch them off in privacy settings.
AcceptPrivacy Settings